Notes from the Field, Part 3: side trip to Nairobi 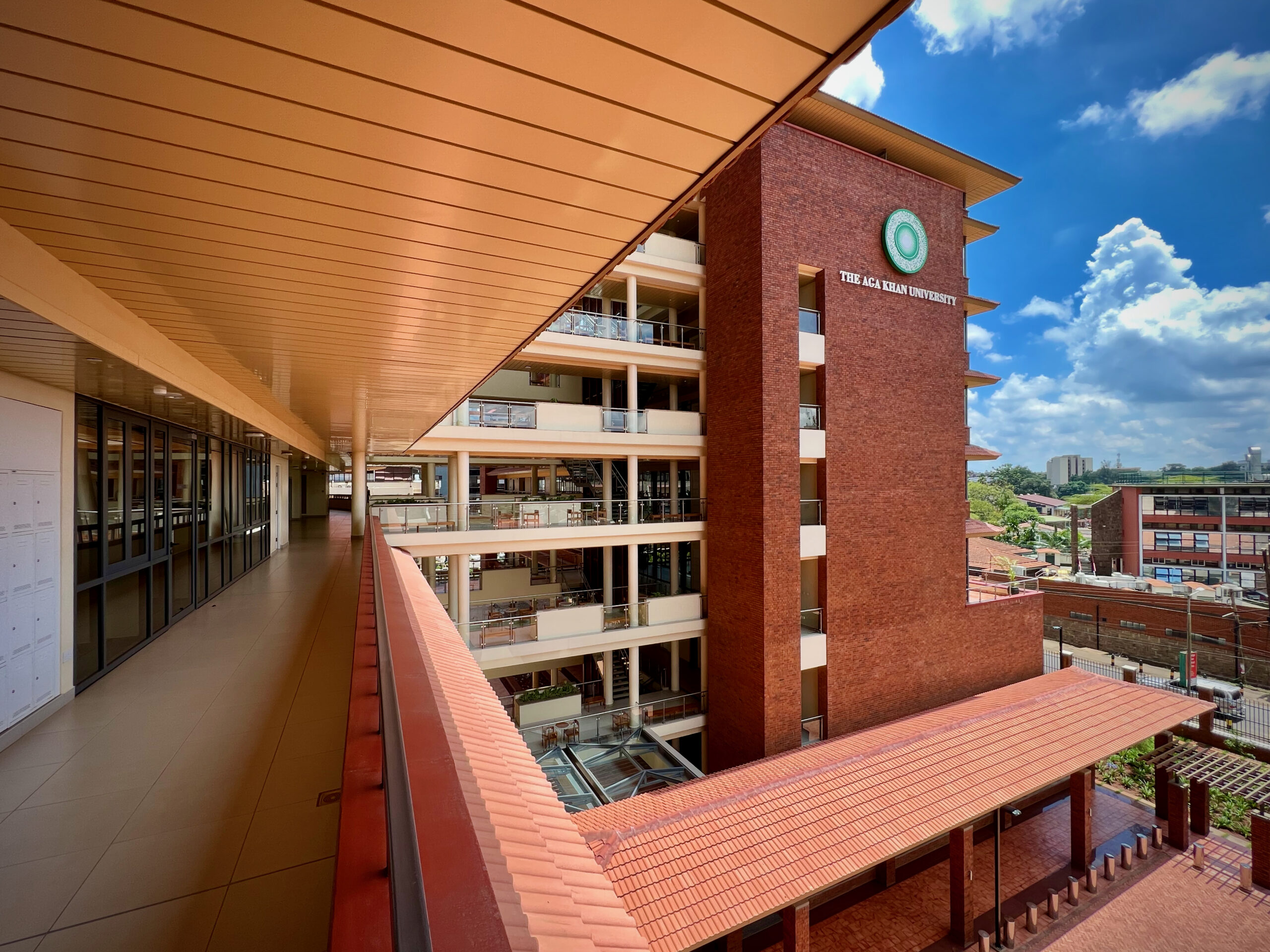 Before heading back to Boston after several days in Dar es Salaam, I flew to Nairobi to have a look at the University Centre project we completed last year. MCA has been working with the client on a graphic design package for donor recognition, so this visit was partly to meet with a signage vendor to discuss specifications and methods of installation. It was also an opportunity to visit the hospital campus, where I had done some master planning work many years ago.

Tom Payette used to say that a building starts with the landscape, a simple statement that belies a really deep way of thinking about architecture. It situates the act of building within a broader context and shifts the focus away from building-as-object and more towards buildings as part of a continuum of experience. And it injects architecture with the element of time. Landscape architecture exists on a much different timescale from architecture. Where a building might be completed in three years, it will be another 10 to 20 years before the landscape reaches maturity.

I experienced this firsthand when I first visited the Aga Khan University in Karachi, which was initially completed in 1985. By the time of my first visit in 1999, the landscape was very mature, and I could see how much richer the campus design is as compared with the photographs from 1985, which I’d seen earlier. In addition to the complementary relationship between building and landscape, the buildings themselves had begun the inevitable aging process, most notably, the textured plaster finishes fading from a deep orange to almost a coral pink color after years of exposure to the Karachi sun. Almost as soon as they are finished, buildings begin to decay, but landscapes, animated by the force of life itself, are only just beginning.

I learned from reading Rafael Moneo that architecture is much bigger than the architect. A building quickly assumes a life of its own after it is completed, as it must – after all, we are designing for clients, not for ourselves. As Moneo writes,

For a time, we [as architects] regard our buildings as mirrors; in their reflection we recognize who we are, and eventually who we were. We are tempted to think that a building is a personal statement within the ongoing process of history; but today I am certain that once the construction is finished, once the building assumes its own reality and its own role, all those concerns that occupied the architects and their efforts dissolve. … Therefore, I do not believe that architecture is just the superstructure that we introduce when we talk about buildings. I prefer to think that architecture is the air we breathe when buildings have arrived at their radical solitude.

Rafael Moneo, The Solitude of Buildings, 1985

These ideas weren’t far from my mind as I walked the “mini campus” of the University Centre, seeing it full of people who were using the building instead of constructing it, as had been the case for all of my previous visits. And the landscape is slowly but inevitably growing, maturing, and filling in. I hope to visit again in ten years. 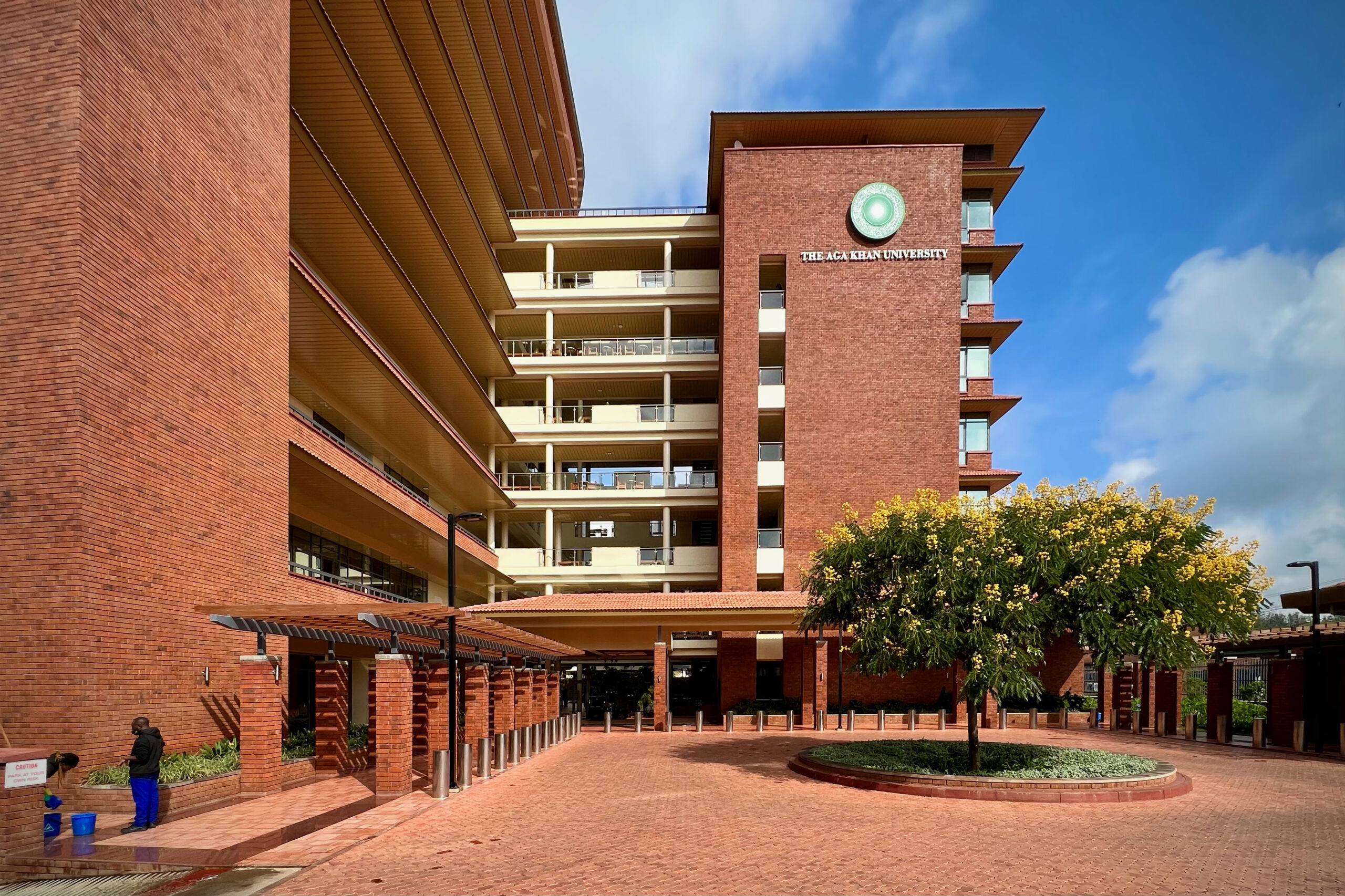 View of the drop-off and flowering cassia tree 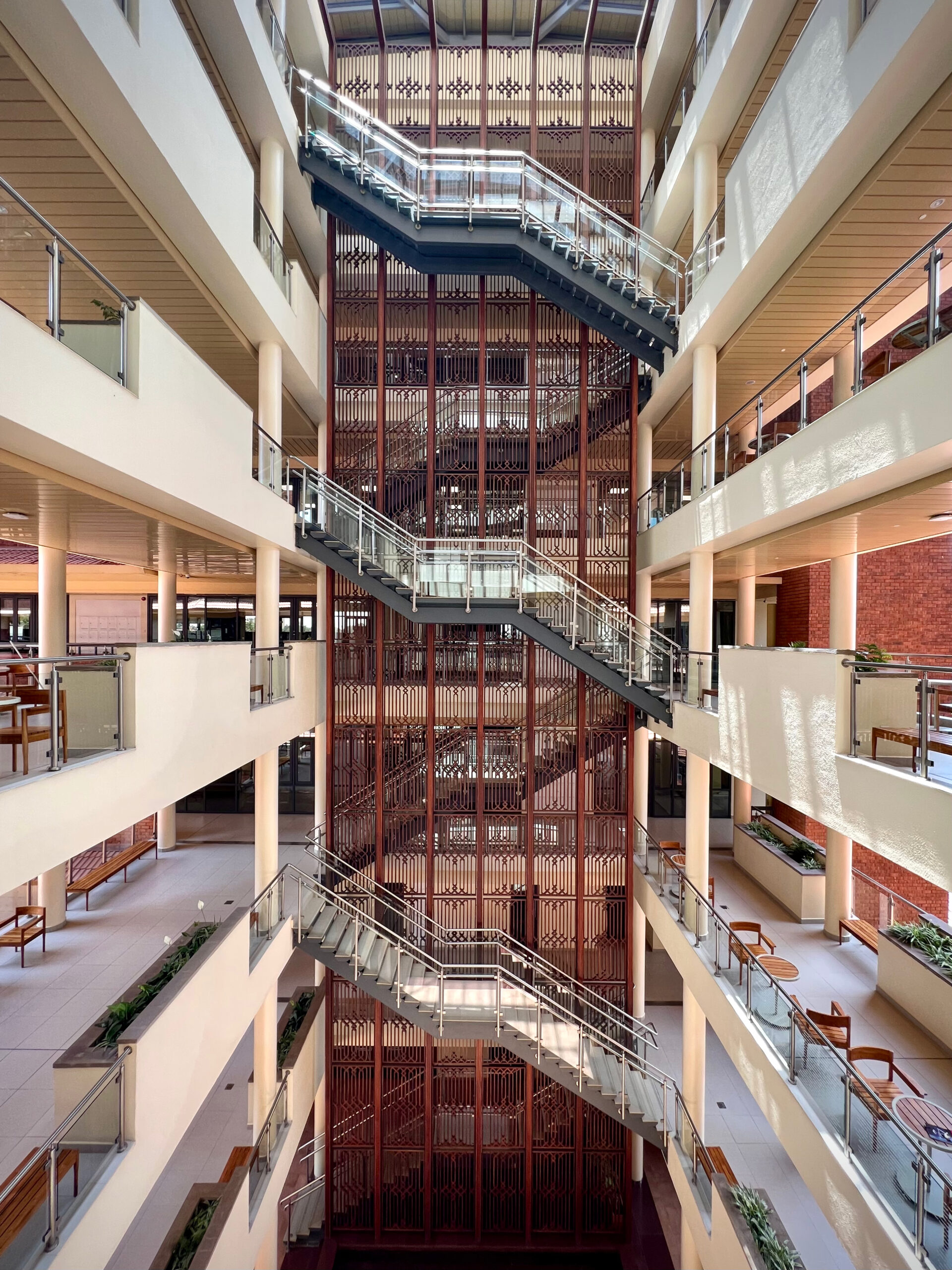 The atrium, whose glass-paneled balustrades will soon display more than 9,000 donor names 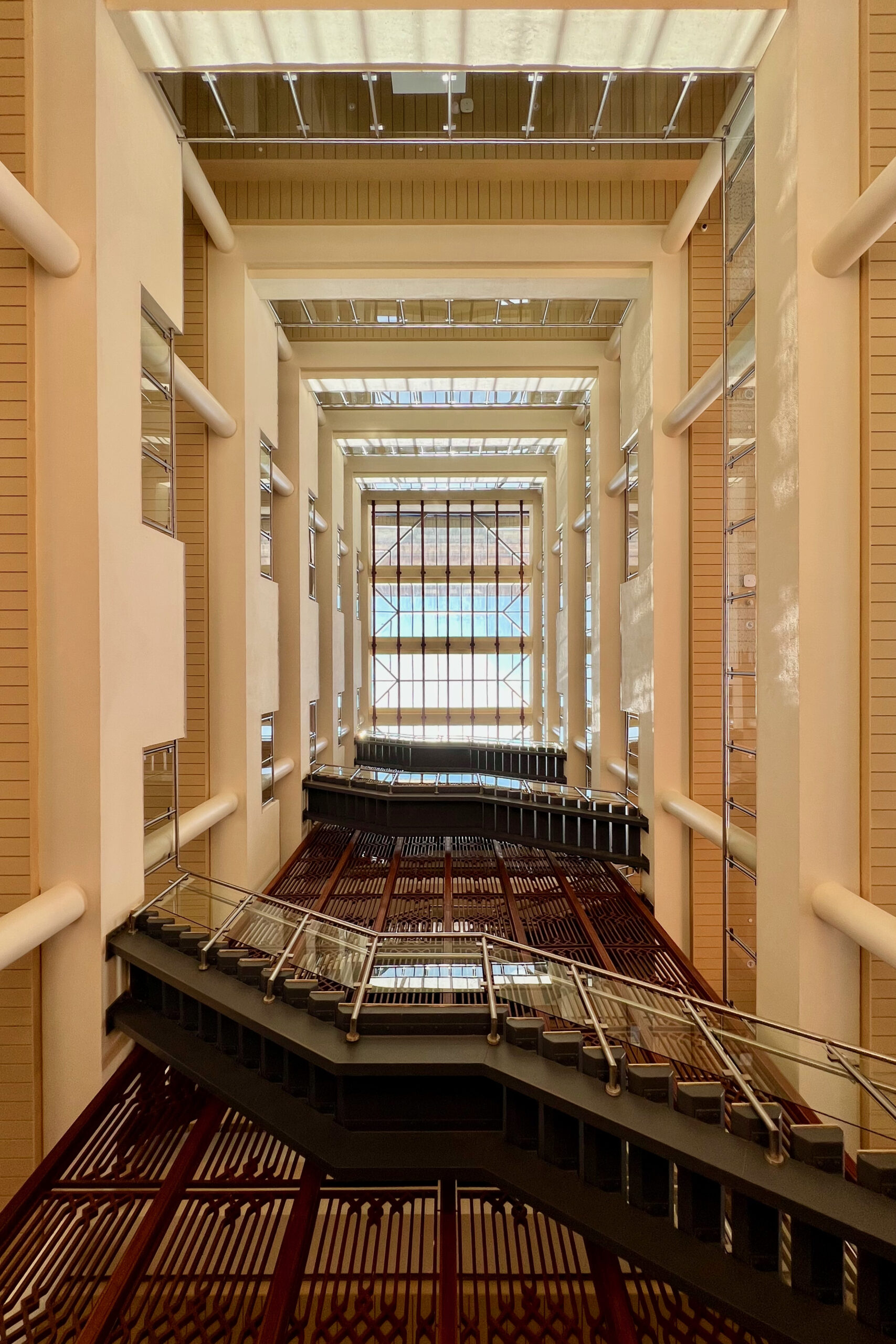 In the atrium, looking up 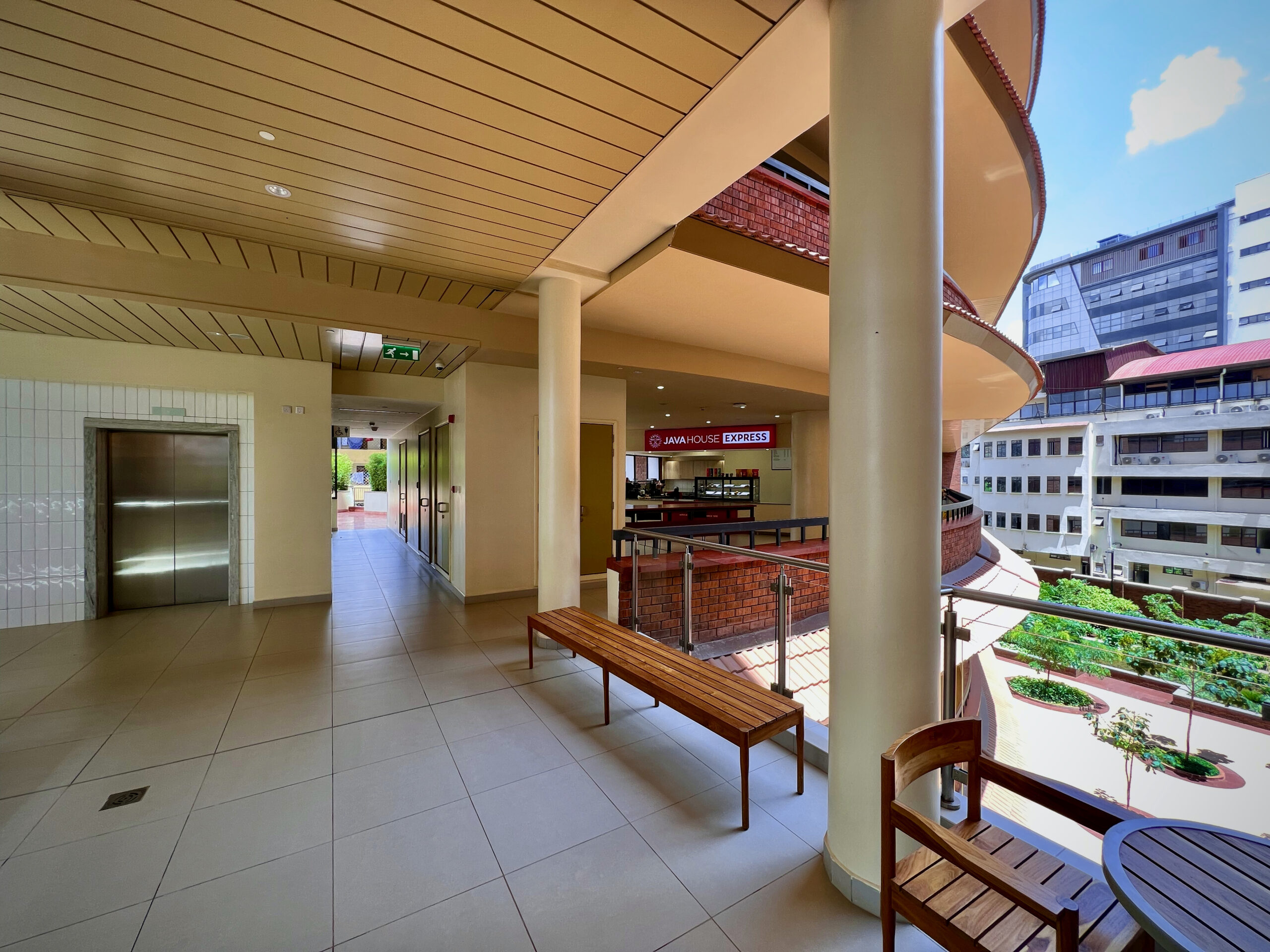 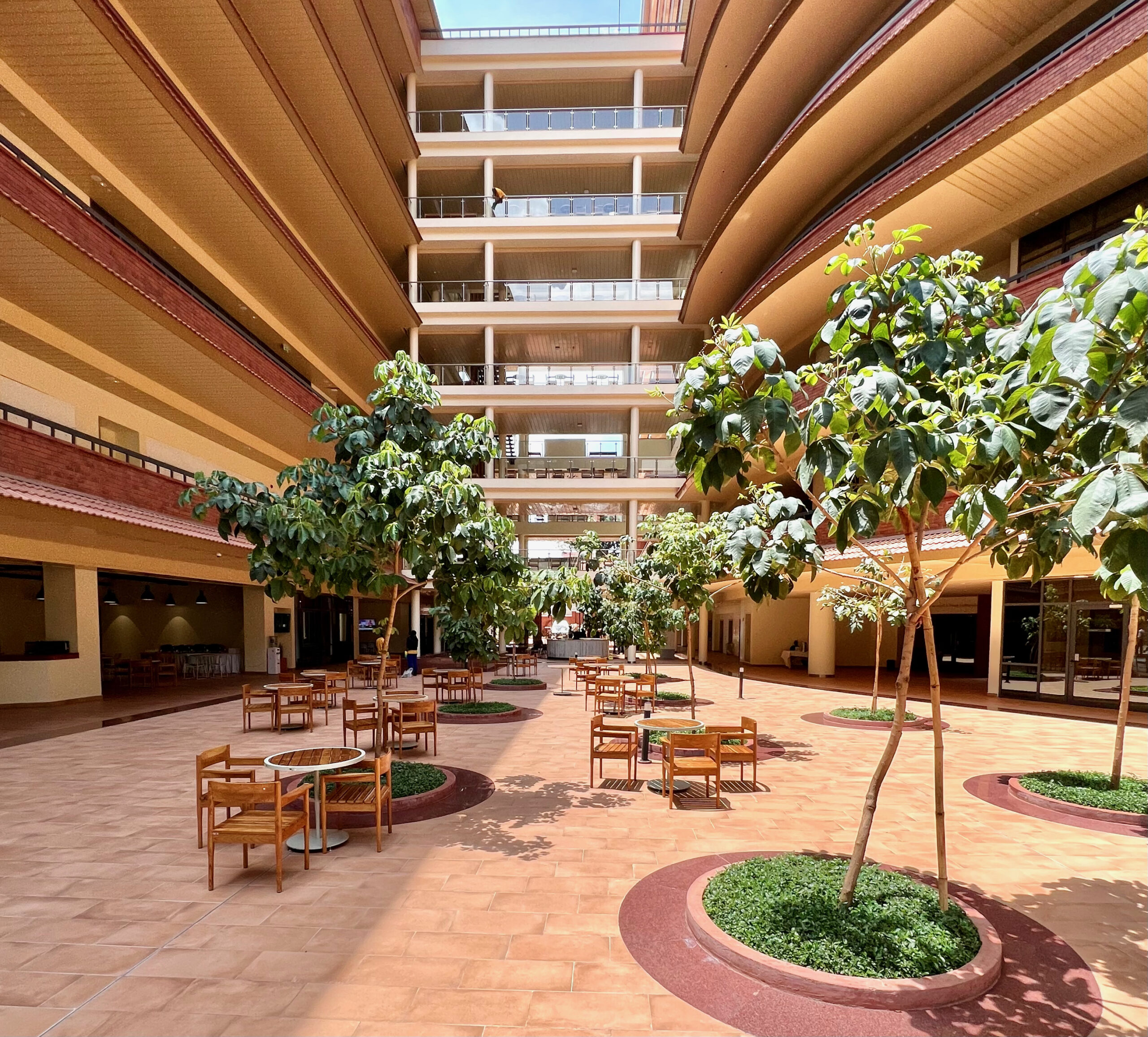 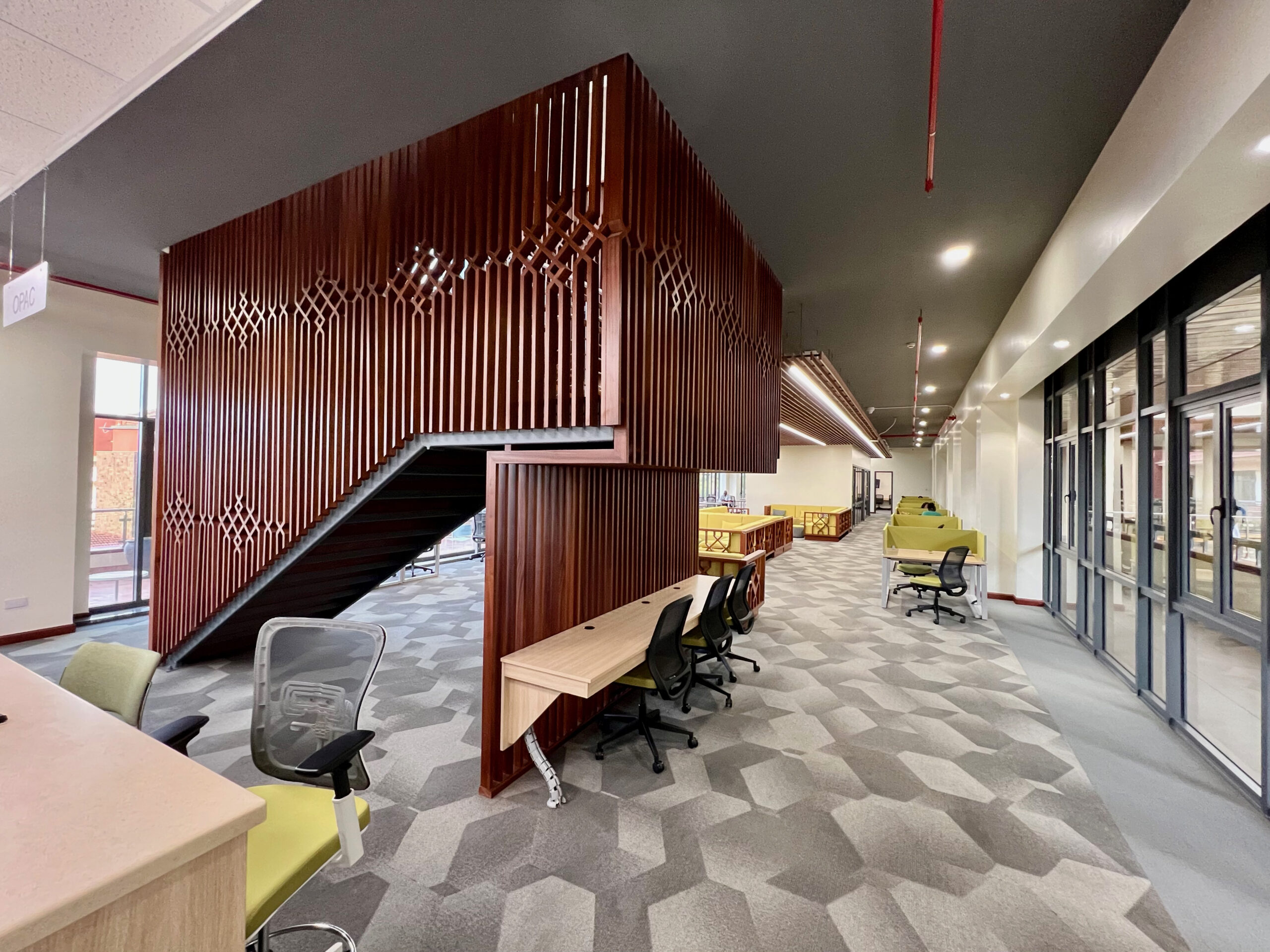 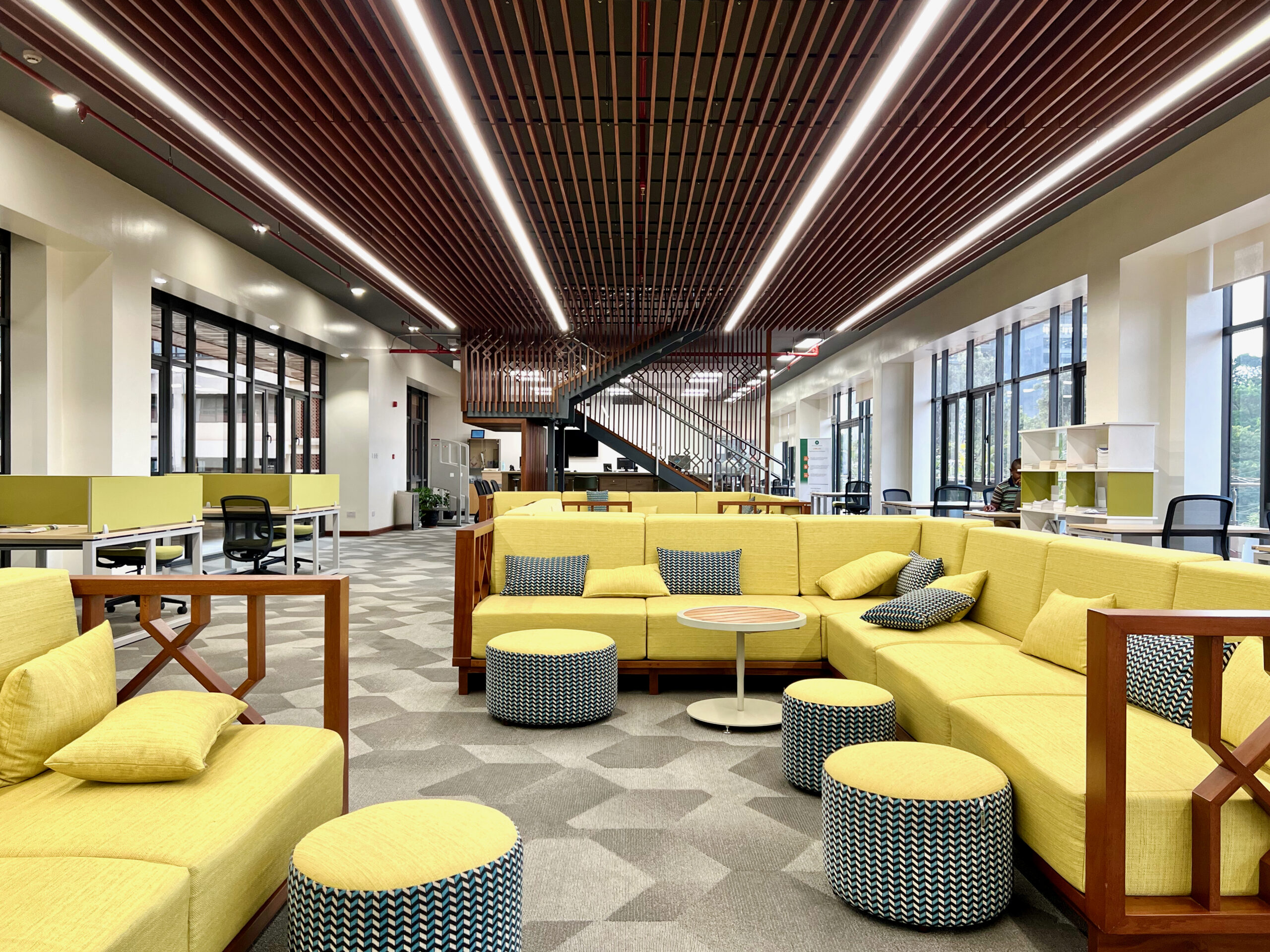 Custom-designed lounge furniture for the library 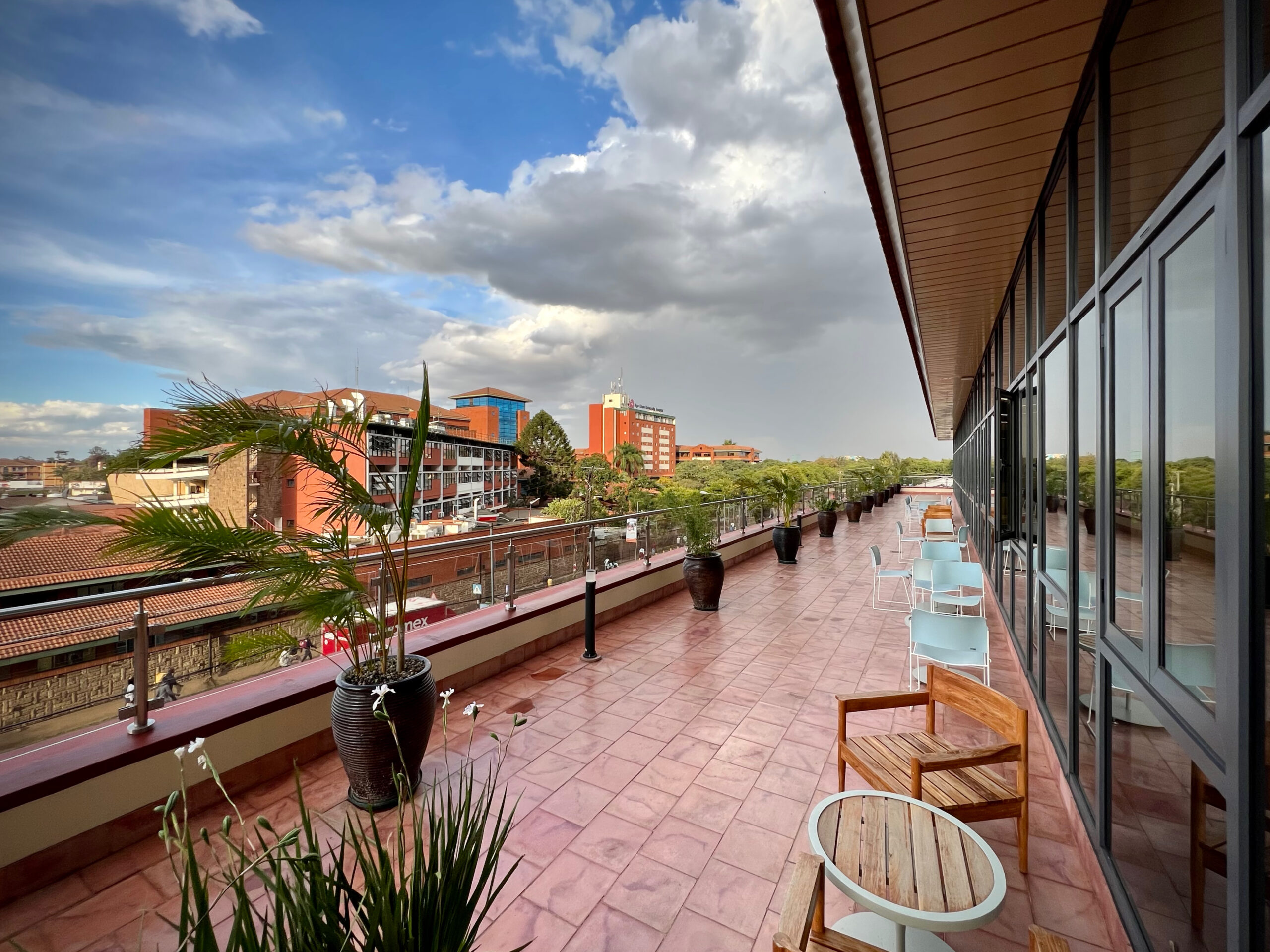 On the library terrace, looking back toward the hospital 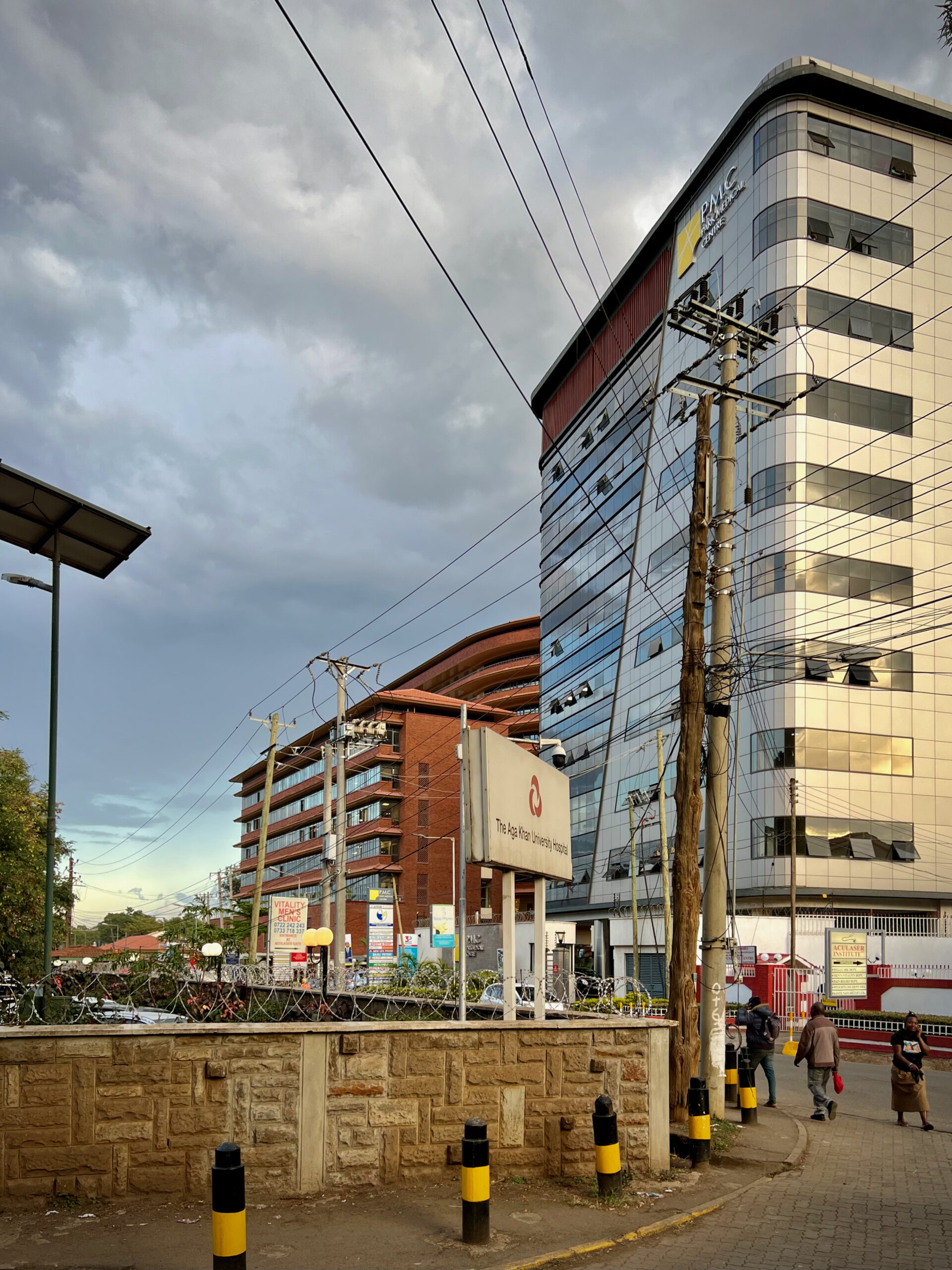 The University Centre in its urban context

Prev
In memorium: Thomas M. Payette, FAIA, RIBA
Next
Notes from the Field, Part 2: a long walk and a little architourism
Cancel Reply